Hello and welcome to the Port Fare Series pages. Look around and enjoy! 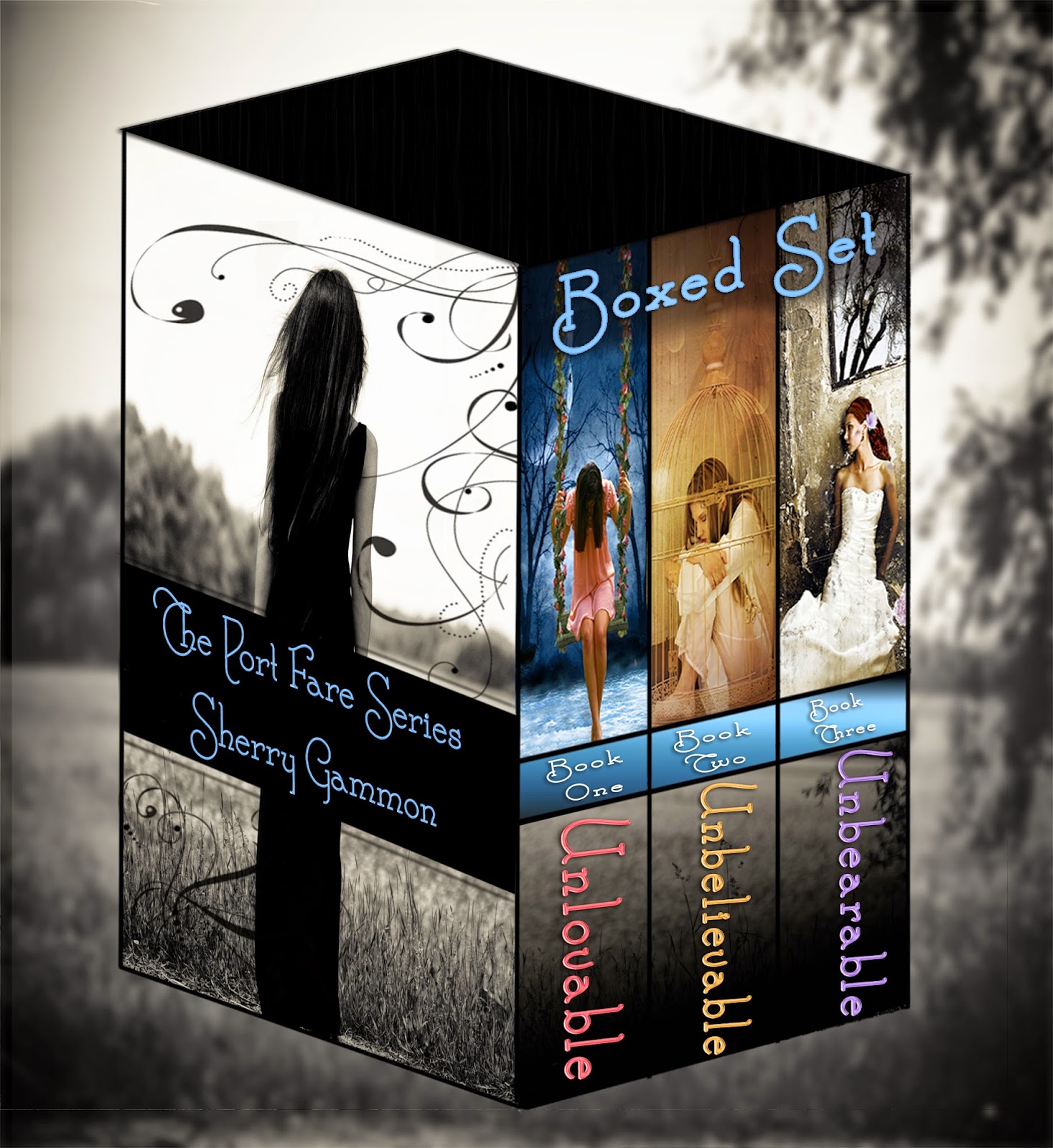 Unlovable. Soon to be a movie!
Unlovable, is the first novel in Best Selling author Sherry Gammon's hit series The Port Fare Series.
High school senior Maggie Brown is truly the poster child for Heroin Chic, complete with jutting bones and dark-ringed eyes. But drugs are not Maggie's problem... her mother is.
Maggie’s struggling with her growing feelings for the new guy at school, Seth Prescott, and fears he is just another person who will let her down, like everyone in her life has done thus far.
Seth Prescott is an undercover cop assigned to Port Fare High, and despite his job, he’s developed strong feelings for Maggie.
Seth’s working tirelessly to flush out the sadistic drug peddlers that have invaded the small town of Port Fare, New York, while Maggie fights to stay alive as the search turns deadly. Seth and Maggie’s romantic journey is one of humor, heartbreak and self-discovery as their world is about to change forever.

Unbelievable is the second novel in Best Selling author Sherry Gammon's hit series The Port Fare Series.
Deliah Lopez Dreser’s in town to take care of family business. They say the apple doesn't fall far from the tree, but there’s more to Lilah than meets the eye. Cole’s in danger of losing his heart when this firestorm throws sparks his way. However, is she simply playing him for the fool in order to exact revenge for her brother’s murders?
Maggie and Seth’s reaction when the truth is revealed pushes friendship to the limit. And this time around it won’t be a Dreser causing an uproar in Port Fare. It will be Cole's good friend Booker. But does Booker have it all wrong? Usually not!

Unbearable, Book Three of the Port Fare Series
Booker Gatto is done.
Done with women, his old life, all of it. Only the love of his friends in Port Fare keeps him going as he leaves the MET in exchange for the quiet
life his new law practice will provide.
Tess Selleck, once as ambitious and determined as she is smart and beautiful, had to leave everything and everyone she loves in San Diego to escape the man who destroyed her dreams and now wants her dead.
Together Booker and Tess find love when they least expect it, until their pasts drive
them apart. Is there a happily ever after for these damaged lovers? Or is the thought of loving and trusting again simply Unbearable?
Unbearable is the exciting conclusion to the Port Fare Series. Join Booker as he struggles to find his happily ever after.

Posted by Author Sherry Gammon at 5:06 PM No comments: